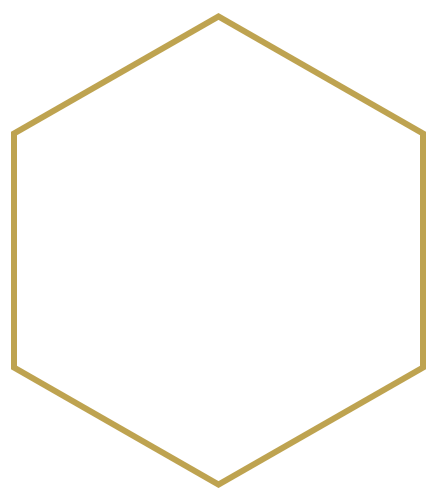 Brittney & Michael’s Crescent Bay engagement photos were truly a pleasure to capture.  From their amazing connection to perfect outfits and of course the beautiful location.  It made for a truly wonderful engagement session.  When I first met with Brittney and Michael talked about how special the beach he proposed at was to them and asked if we could do their engagement session there, so that is where we had to do the session!  Crescent Bay is one of my favorite beaches in Orange County I just love working there. 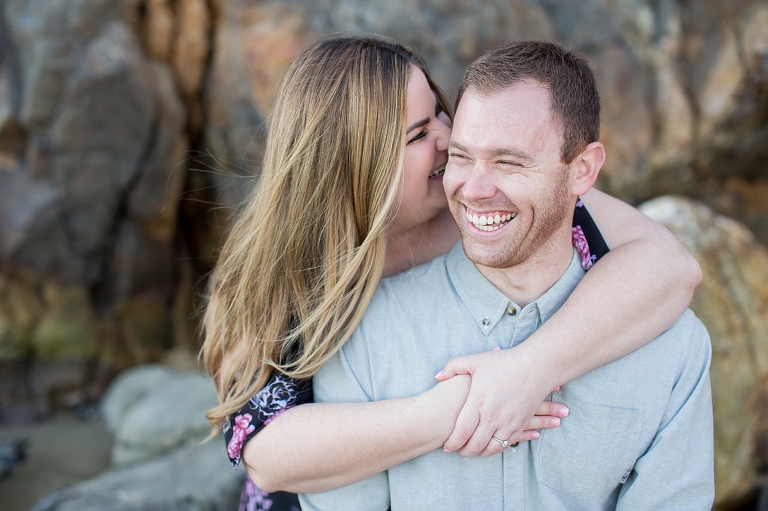 In the couples words!

I asked Brittney and Michael a few questions about their love story.  What follows was written by my amazing couple!

February 2013 is when Michael and I were officially introduced. I was 20 and he was 23. I worked at an In-N-Out Burger in Costa Mesa and was in the process of transferring stores to be closer to home. It took me a long time to build up the courage to transfer to the new store in Seal Beach as I was very much in my comfort zone where I was. Had I not made the choice to transfer, I would have never met Michael. The ironic part is that I always knew of Michael & he knew of me because I was in his sister Lauren’s grade back in high school. Lauren & I weren’t extremely close but we hung out in groups outside of school plenty of times. Now, she’s becoming my sister! My very first day @ my new store Michael came up to me & complimented me on my eyes & said how he knew of me because of Lauren. We clicked INSTANTLY. I absolutely loved going to work because of him. He’d constantly make me laugh, always whisper sweet little comments into my ear, as well as German sayings I never understood – one of which I say all the time now: “Ich Liebe Dich” which means I love you. He’d always sing to me (first song ever: Lizzie McGuire’s “what dreams are made of” — his fav part being “SING TO ME PAOLO”) Haha! We were fast friends & I had the hugest crush on him. Come to find out, so did he. We were the best of friends first & then eventually became official bf/gf on May 28, 2013. Our very first movie we ever saw together was The Great Gatsby so when he asked me to be his girlfriend he asked me with a big stuffed dog who he named Gatsby (animals are my passion) and said Gatsby needs a new mommy (aka ME) & then he asked me to be his girlfriend so he can be the daddy. Super cheesy, super cute, but SO US! We said I love you to each other pretty quick. We just KNEW we were IT for each other. When you know, you know! Fast forward over four & a half years together, he finally proposed! We worked together, graduated college together, experienced long-distance together (where I wrote him letters every single day like Noah did to Ally in the Notebook movie), skydived together, went on multiple mini road trips together, went through different jobs to finally get to the careers we have now, went through traumatic events & even loss. BUT… we made it out even stronger than ever & I have no doubt in my mind we will have the most amazing marriage together. (Especially with the fact that he went to a John Mayer concert w/me) 🙂 He won’t even deny it now but he actually likes John Mayer. muahaha YOU LOVE WHO YOU LOVE! 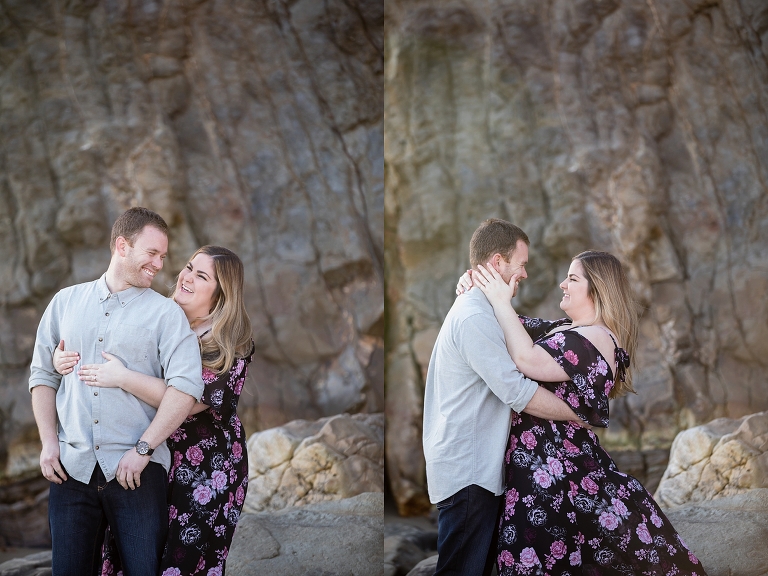 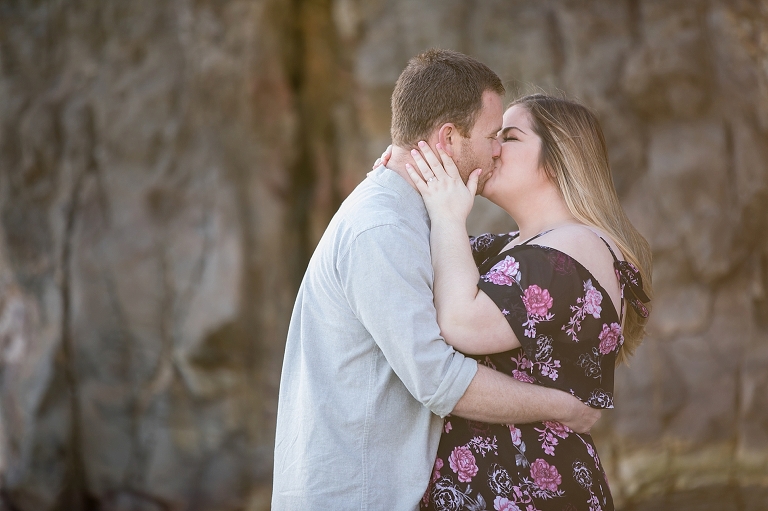 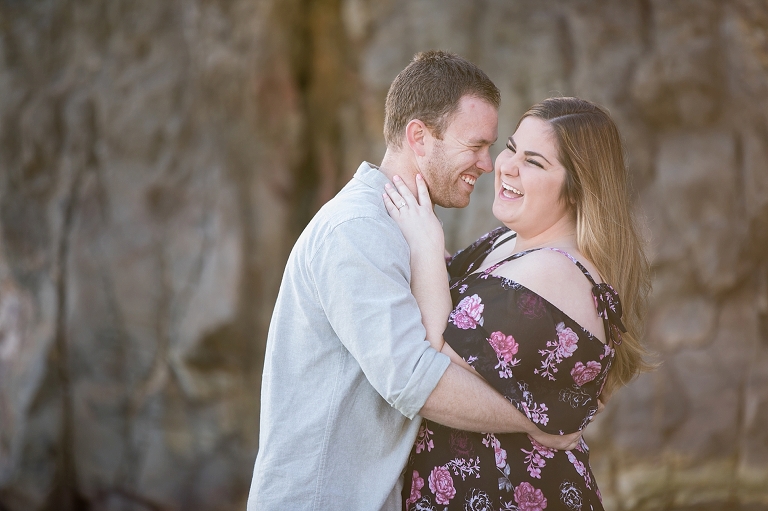 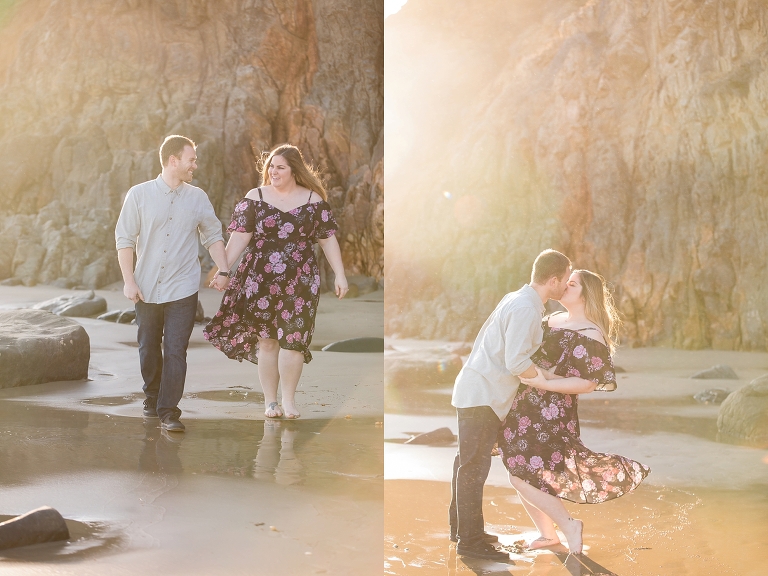 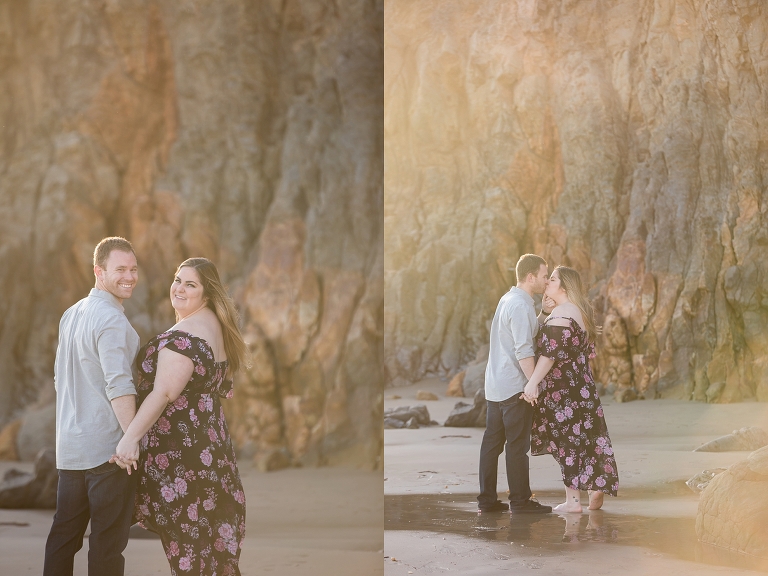 My favorite thing is when I’m watching Michael & he doesn’t know it & he looks up to see if I’m watching him (it’s like he wants me to) & the way he smiles when he realizes I’m already looking is the cutest thing. It’s that dimple of his I tell ya!
Our first date we actually went mini golfing & he swears he LET me win. I wasn’t nervous at all until our first kiss. We were competitive & being goofy the entire time. Being with him is easy! It was the best (last) first kiss of my life! 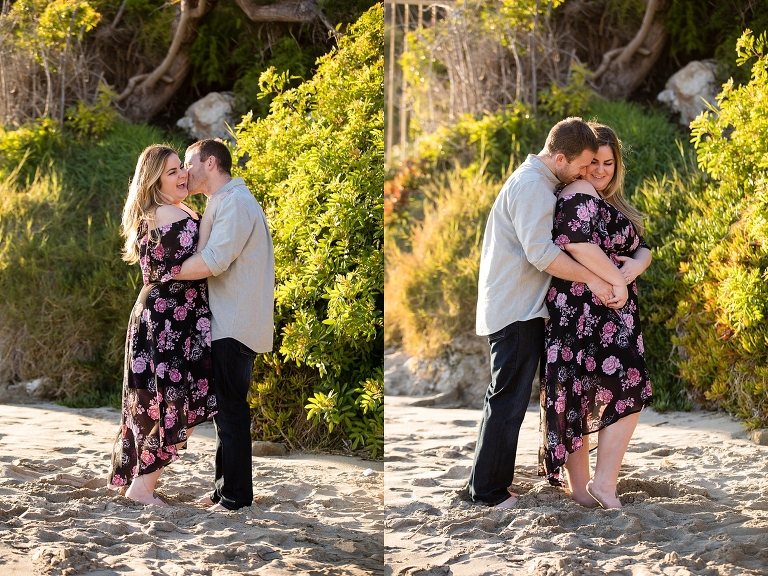 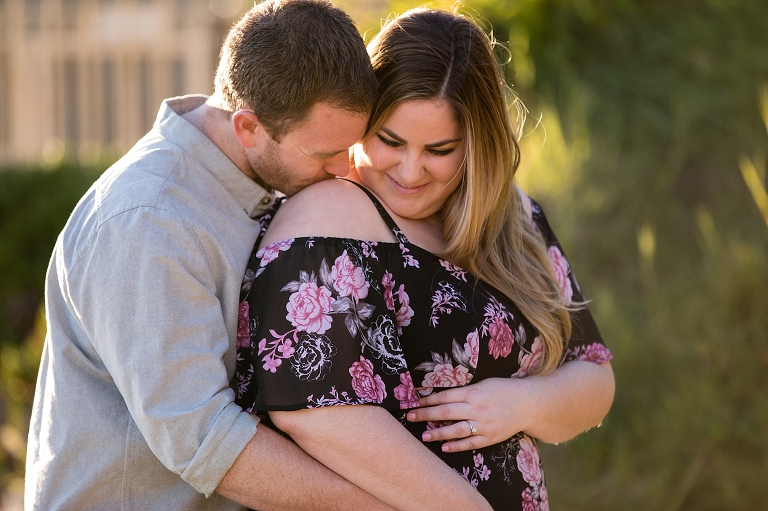 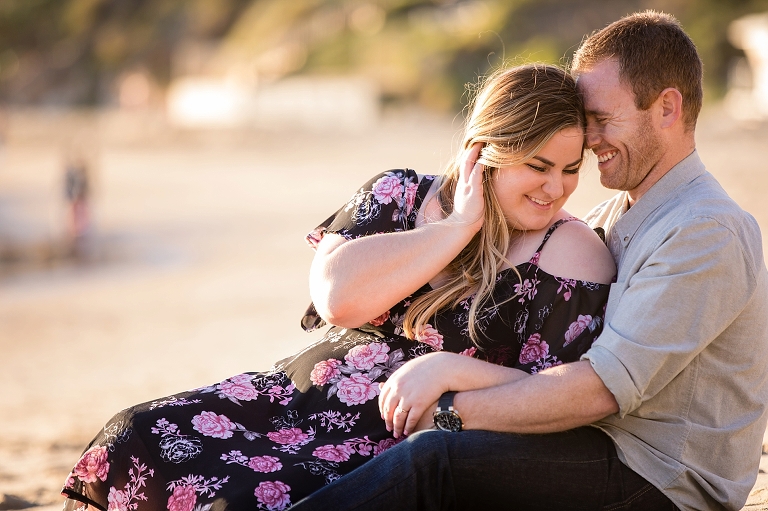 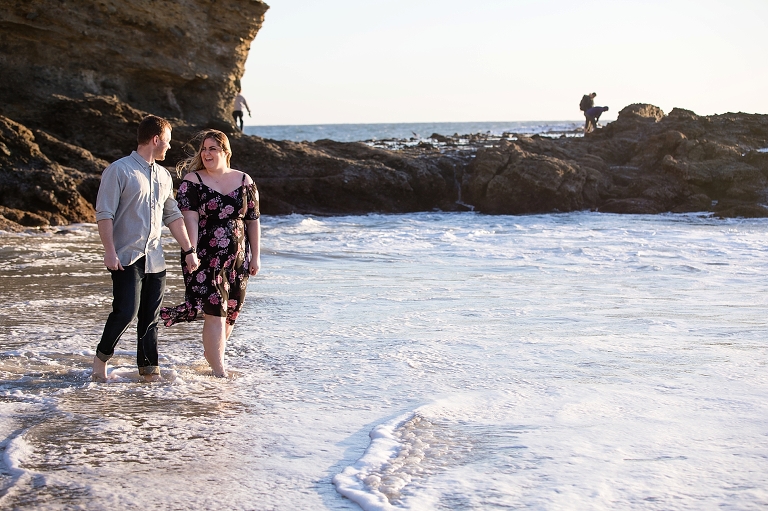 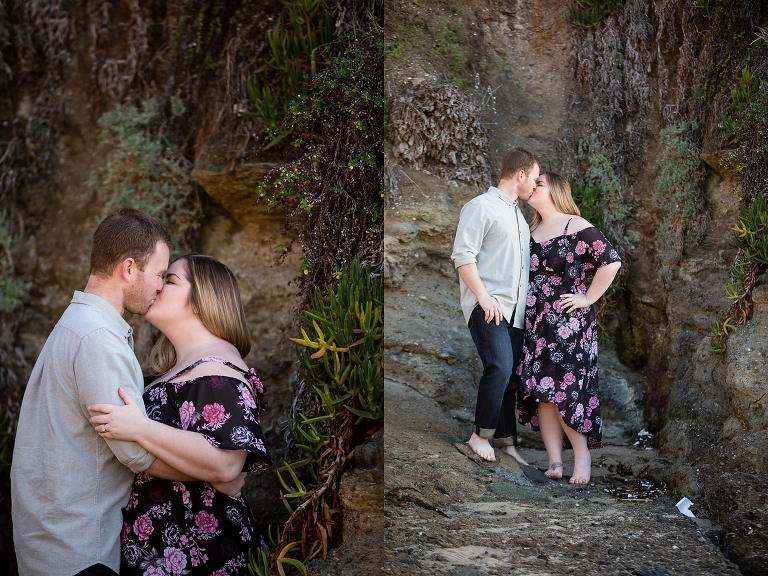 December 16, 2017… the day he proposed! If you couldn’t tell by now, we are extremely cheesy together & hopeless romantics. So, I love doing little surprises for him. Around our one year anniversary in 2014 I took him to a little secluded beach in Laguna & gave him a message in a bottle. We found this secluded beach by luck & just stumbled upon it so we felt like we hit the jackpot! Ever since then, we have filled our bottle little by little with sand from each beach we have been to together. Because of our love for the beach & watching the sunsets together, on 12.16.17 I just figured it was a typical date night. He wanted to find that secluded beach we found back in ’14 but we couldn’t find it at all. Instead, we found an even BETTER secluded beach (still in Laguna). We watched the sunset, cuddled up, & laughed as usual about something random. With all the fires/winds in Cali lately, we were extremely lucky with such perfect weather that night & the most beautiful sunset I have seen in a while. Michael then wanted to climb on the rocks after the sun set to see what color the sky would be. The sky turned pink just like the color my nails were painted in the picture. (Did I pick the right nail color or what?!) Michael started whispering sweet comments into my ear just like he always does, but now, they were serious promises. He said the cutest thing about how the sun sets & then a new day arises, he wants our past to set like the sun & arise an even brighter future together as husband & wife. He then asked me to hold his hand & when I did, I felt the box in his hand. I immediately started crying like a huge baby & buried my head into him. Not only was it the perfect setting but how secluded we were made it even more intimate for me. It was a good minute of me just crying until he finally said “Okay I’m going to do it now”. He got down on one knee & opened the box (mind you… we are on the rocks at this point with the tide moving up & almost hitting us & random holes everywhere) & all I blurted out at that point was “DON’T YOU DROP IT!” We laughed at that & he promised he wouldn’t drop it. He asked me to marry him & very carefully slid the most gorgeous ring onto my finger. He knew exactly what kind of ring I wanted from past conversations. I told him I don’t care how big but my favorite type of cut was oval with a plain band. He did absolutely amazing & all on his own. He didn’t tell a soul he was asking me to marry him, which meant He wanted to keep it a secret from everyone so that it was just our private little moment. The only reason we got a picture of us two together was because two random guys were climbing the rocks literally right after he proposed. One of the guys was extremely sweet & was climbing even higher to get the perfect angle for us. I have been over the moon ecstatic and I cannot stop smiling. I find myself just staring at my ring & I ask myself “How did I get so lucky?” Michael DiMaggio is my FIANCE! 🙂 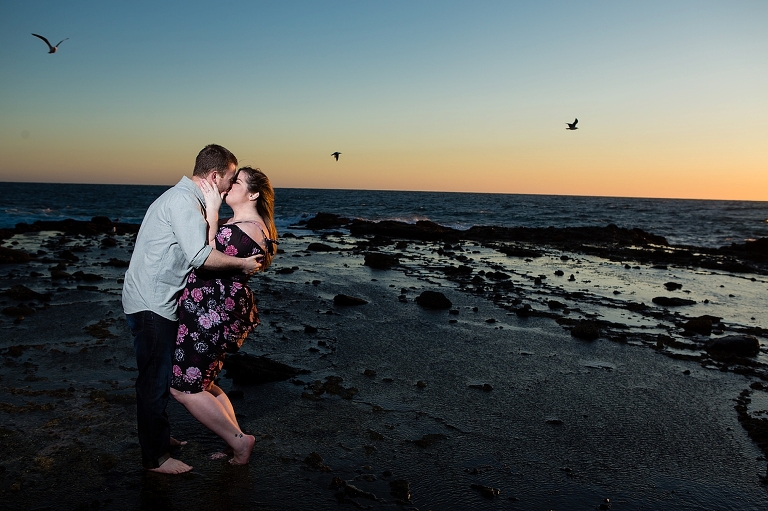 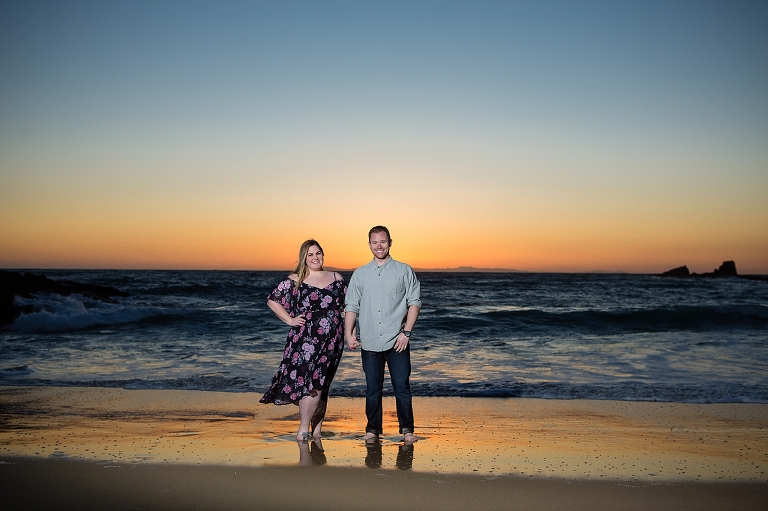 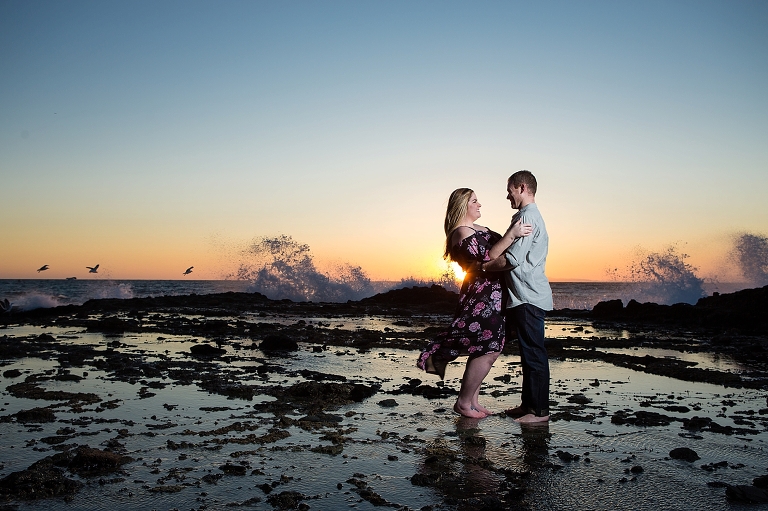 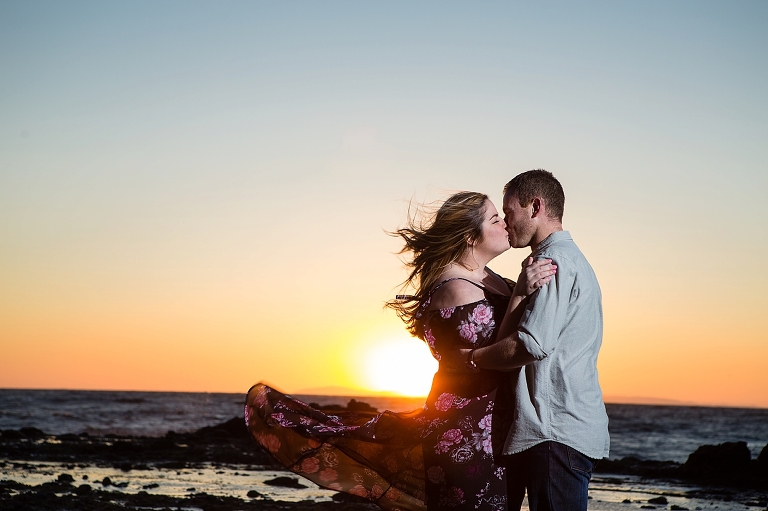 Please check out more of my engagement work here.